Company Shares and Selling to Family 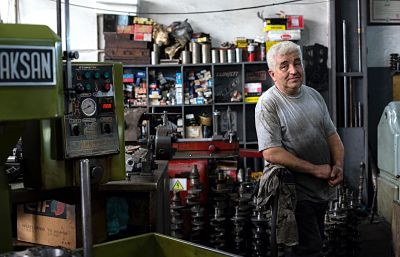 Typically, selling company shares will result in a capital gain, only one-half of which will be subject to tax under current tax rules. If they are shares of a private corporation that meet certain criteria, you could also potentially claim the lifetime capital gains exemption which would exempt the gain from taxation. For 2021, the maximum gain that can be exempted is $892,218. For family farm and fishing corporations, the exempt amount is currently $1 million.

Sometimes, rather than selling the company shares to an individual as purchaser, it is more advantageous to sell the shares to a corporation that is owned by the purchaser. A long-standing problem was that the tax consequences could backfire if the shares were sold to a family member’s corporation instead of an arm’s length purchaser. Instead of realizing a capital gain on the sale, the tax rules could change the nature of the income to a taxable dividend – less advantageous than capital gains tax rates and this would also preclude being able to claim the capital gains exemption.

This problem could happen where payment of the selling price in cash or a note payable would exceed the cost of your shares. (That cost would exclude any cost increase if you had bought the shares from a related person).

The Department of Finance has always been concerned that there could be a tax loophole in certain share sales where the parties were related. Over the years there has been a lot of criticism that from a business succession viewpoint, it was more tax advantageous to sell the company shares of the family corporation to “outsiders” rather than the next generation in the family.

Recent amendments to the tax rules were brought forth this summer by a private member’s bill (Bill C-208) to change this. The new rules state that if the purchaser corporation does not dispose of the shares within 60 months of the purchase, the conversion of the capital gain to a dividend will not apply. As a result, the gain on the initial sale by the transferor will be a capital gain and eligible for the capital gains exemption. In other words, the Bill is meant to treat inter-generational business transfers similar to a sale to an unrelated purchaser.

The Bill also allows for simpler reorganizations on business transfers between siblings.

Since the Bill was not drafted by the Department of Finance, but a private member of parliament, there are some technical weaknesses to the legislation that could open the door to tax abuse. The Department of Finance announced that it will be introducing changes to strengthen the new legislation, possibly as early as November 1st , 2021 . However, that does not guarantee that final changes won’t be made with retroactive effect.

The main conclusion is that legitimate inter-generational business transfers taking place before any amendments to the law should be eligible for the new rules. However, aggressive, or sham inter-generational business “transfers” that are purely tax motivated will either be challenged by CRA using the “General Anti- Avoidance Rule” which basically deconstructs the tax benefits originally sought or potentially will not qualify if there is retroactively effected legislation.

As we continue to navigate the uncertainty of the pandemic, the CRA continues to implement changes you may not be aware of. If you’ve been contemplating your exit strategy or how to distribute your private company shares, give us a call. We have qualified advisors who can walk you through the tax implications of your unique situation.

With four convenient locations, and online meetings available, you can have peace of mind around this often confusing subject. Contact us today to schedule your consultation.

Call or Visit us!